.....errrrr, ummmm that should actually read Day 1 since I arrived a day early. 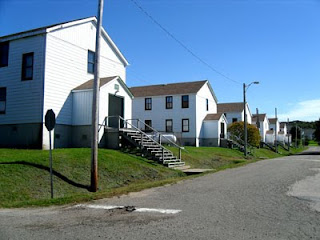 What a great day for beachcombing! Our mess hall is just steps away from the Bay of Fundy. 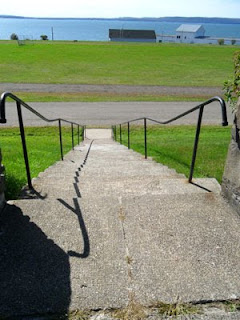 If you're like me, a bay is a bay is a bay. But here people are very definite in telling you that this is a part of the Atlantic Ocean. 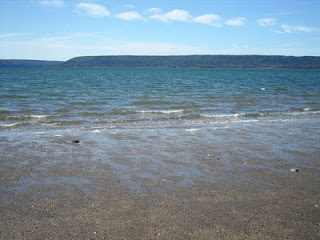 And if that isn't enough, our barracks are next to a seaweed processing plant so the tang of ocean & salt water is always in the air.
Because camp hadn't officially started, it was up to us to scrunge around for our meals. 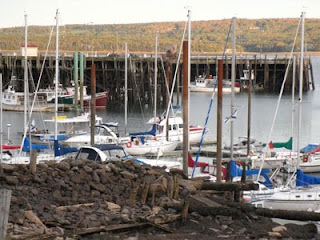 Several of us went into nearby Digby for a lovely seafood dinner. 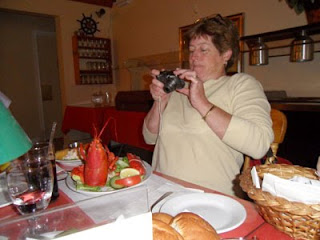 First time that I've ever seen a lobster dinner looking back the diner. 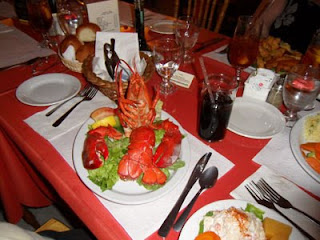 I also learned what a "Guy's Frenchys" is. Apparently when the fishing industry declined and fishermen became unemployed, these stores stepped in with sales of used clothing. Now after approximately 20 years, they've become an institution. I found a number of silk blouses and some great buttons to use in my miniatures. I even found a kid leather jacket.
Once people started rolling in bringing their displays, the eye candy kept us busy. 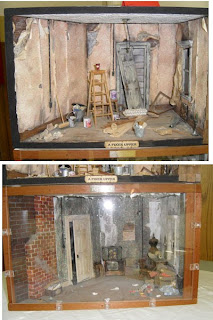 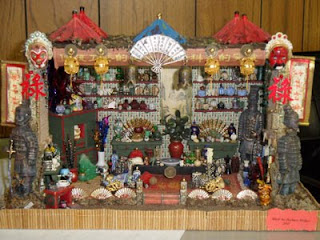 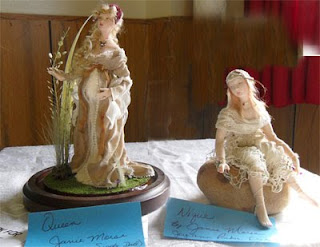 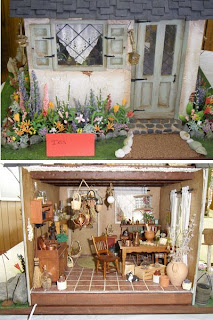 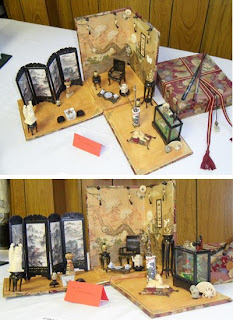 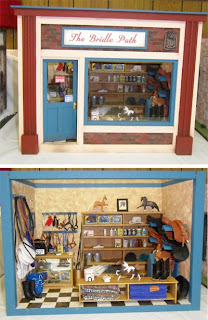 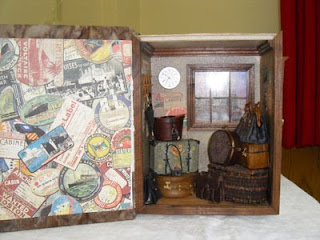 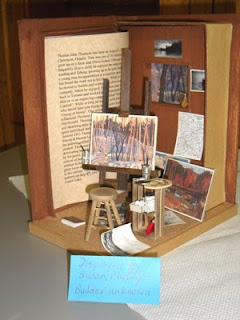 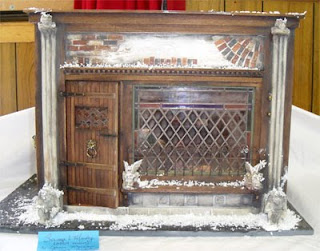 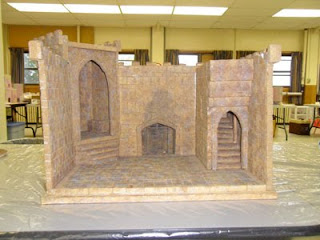 Boy does that one hour difference ever matter in the morning! I was sure that everyone started wandering the halls at what I considered the middle of the night. After a more than adequate breakfast (with one week of these meals, it won't only be my baggage that'll register as overweight with the airlines), we started class.
The bits and pieces were designed and cut by Samm Brockhurst and then techniques are by Adrien Cooper. 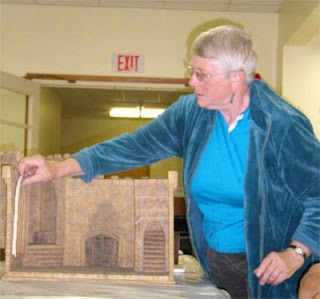 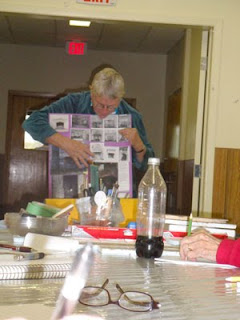 As soon as we were let loose, the different ideas started appearing. I doubt if there will be any two castles that'll be very alike. 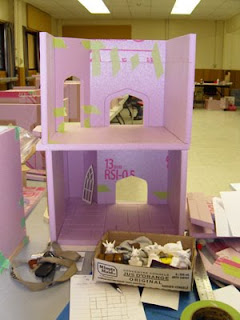 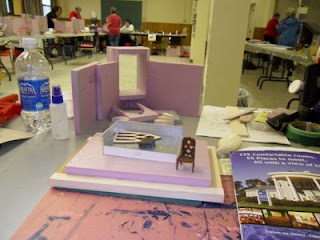 This is mine. Along the right hand side, will be a minstral gallery. 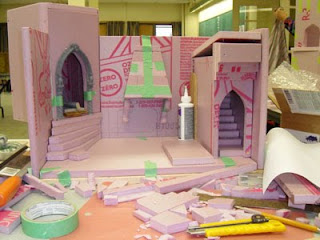 Take a close look. This was the last time that you could actually see my work area. 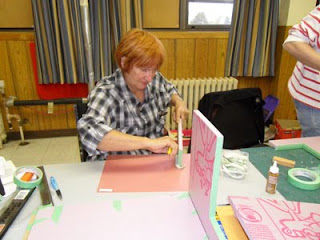