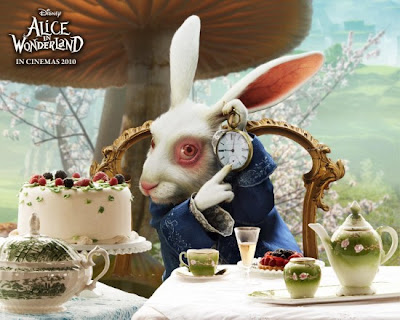 The only theatre showing Alice in Wonderland in 3D as well as Imax is located in the north of the Toronto while my grandkids live at the western end. To get from one to the other I needed to drive thru the city.
Toronto or the GTA as it's now being known, has a population of more than 2-1/2 million. Driving at noon Wednesday, I could have sworn that at least 4/5 of the population were on the road with me.....90% driving in big humongous trucks. I kept wondering why more people weren't at work, either in an office or a factory instead of playing chicken behind the wheel of their cars.
I got to my daughter's house early and for a while the 4 of us watched a 3 yr old show of Ice-T's rap school until I got bored and suggested we make a start. Taking our only toll road which had increased its fees yet again meant we arrived with an hour to spare.
I should have remembered what March Break (school holiday) is like, but in my defense, I haven't been to a movie theatre in years. At home, we have a wide screen, hi-def TV and movies on demand so generally I prefer to watch in the comfort of our pull-out sofa rather than a hard uncomfortable seat with some little brat behind me kicking the back of it.
We had a wonderful time looking at all the animals at a near-by pet shop until with a 1/2 hour to go, we made our way into the theatre. .....only to discover a tremendously long queue for a sold-out viewing. Thank goodness I was smart enough to have bought our tickets online 2 days earlier! 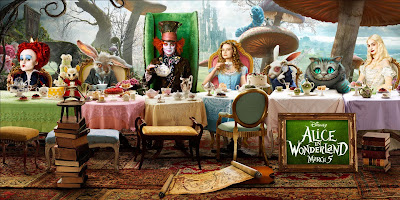 At the door everyone got their 3D glasses which unfortunately we had to give back as we exited later. Like the little kid I am at heart, I wanted to see what TV would look like with them on. Of course with so many people in line ahead of us, there weren't 4 seats together but at least all our seats were in the top of the theatre. I'd heard stories of some people being sick to their stomachs from sitting too close to the screen. Gotta say Imax is just as good as I remember but WOW! 3D sure has improved. The little girl sitting next to me kept reaching out to see if she could touch the credits as they seemed to float towards us while I kept dodging the dragons "flying out from the screen" during the trailer for another new movie. Seating is comfortable even if it did come with the traditional brat behind me and even he became engrossed with the movie sooner than my need to strangle him.
Thankfully for once I wasn't disappointed with the show. Usually there's so much hype and fluff that the actual movie comes off as not worth the effort.
I loved it! Helena Bonham Carter is a wonderful Queen of Hearts...big head & all! Johnny Depp definitely did his daughter proud. 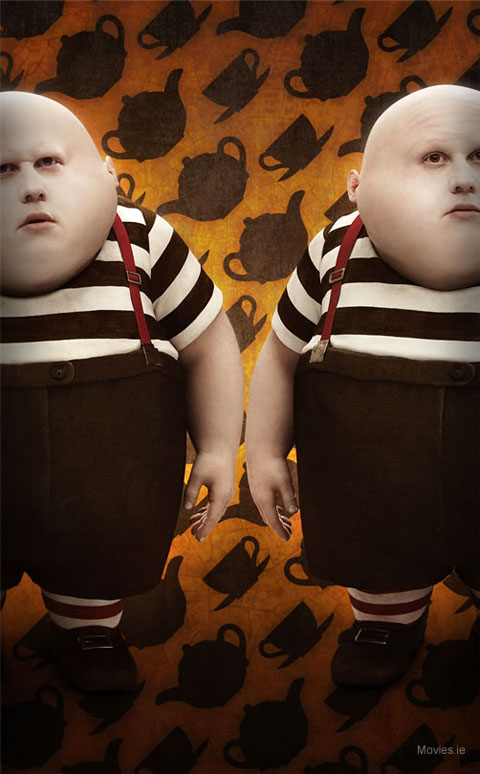 Britain's comedian Matt Lucas as Tweedledee & his twin Tweedledum is brilliant & just as funny as I've seen him on British TV shows. I loved everyone; the animations were fabulous. If I make another dormouse in a teapot, I'll have to show him as having white fur. The only thing I wasn't impressed with were those soldiers made of cards....from the way the little girl next to me grabbed hold of her mothers arm, she obviously wasn't either. Those soldiers were just too modern to suit me.
And all too soon the Queen of Hearts was banished, order restored in Wonderland and Alice having climbed out of the hole arrived back in Victorian England only a bit disheveled from her adventures. I wasn't impressed with the last bit of ending but that's only because I am too much of a history buff to realize that real Victorian girls did not sail off into the sunset. I wanted the "real" Alice to meet a Victorian gentleman who looked unmistakeably similar to the Mad Hatter from Wonderland but for that to happen I may have to wait for the sequel, "Through the Looking Glass" or maybe even the 3rd book, "What Alice Found There". OooooOh I can hardly wait.... 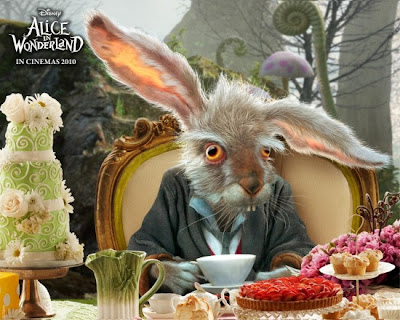