The Story of the Maple 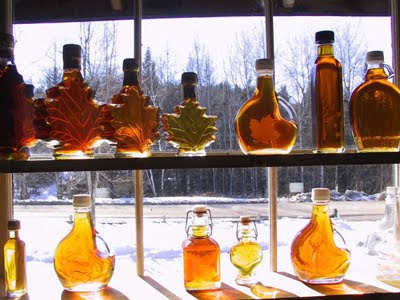 Folklore has it that Indians were the first to discover 'sinzibuckwud', the Algonquin word for maple syrup. In the early days of colonization, it was the natives who showed French settlers how to harvest the sap.

In colonial days, maple syrup production was especially important since other types of sugar were hard to find and expensive.

Maple sugaring begins at the start of the spring thaw in regions of woodland containing large numbers of maple trees. A maple tree lasts at least 30 years and must be 12 inches in diameter before it can be tapped.

Holes are bored into the trunks of the trees, taps inserted into the holes and a bucket hung from the protruding end of each spout. Depending on the tree's diameter, it may be fitted with as many as 3 spouts. Tapping does no permanent damage to the tree; many trees having been tapped continuously for more than 150 years. Sap slowly fills the buckets. Maple sap is thin, barely sweet and as colorless as water. It seems that each fall, the tree produces its own supply of starch to act as an anti-freeze for the roots in winter. With the melting of snow, water enters the roots and begins the circulation of 'sugar water' through the tree in preparation for the growing season. As a result, sap runs in fits and starts from the first spring thaw until the buds turn into leaves, traditionally from mid-March until April. Warm sunny days (above 40º F) and frosty nights are ideal for sap flow. The maple season may last 4 to 6 weeks, but sap flow is heaviest for 10 to 20 days. 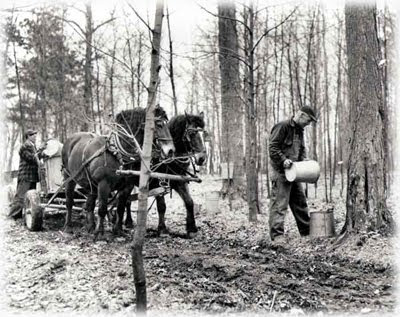 The sap-collection buckets were emptied into large barrels mounted on sleighs or wagons, then returned to the spouts, and the process repeated for as long as the flow of sap remained "sweet". As the weather continues to warm, a maple tree's normal early spring biological process eventually alters the taste of the sap, making it unpalatable.
The harvested sap was hauled back to a base camp, where it was boiled over a fire until it reached the desired consistency. The distinctive maple taste comes only through boiling. Forty gallons of sap produces 1 gallon of syrup. This process was so time consuming and labor intensive, that small camps were built for protection from the elements and often, whole families moved into the woods together so that by the mid-1800s, the "sugar shack" or "sugarhouse" evolved and the production of maple syrup became the farmer's off-season way of making extra income. 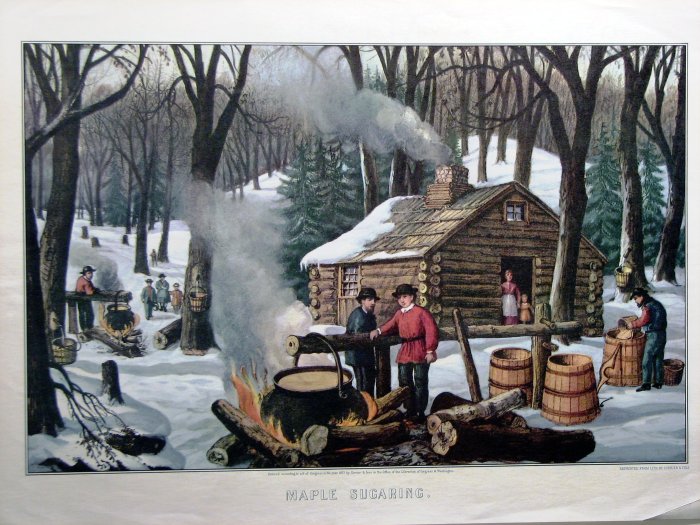 From the Indian's clay pots to the early settlers wooden buckets to today's tubing methods, production remains basically the same. 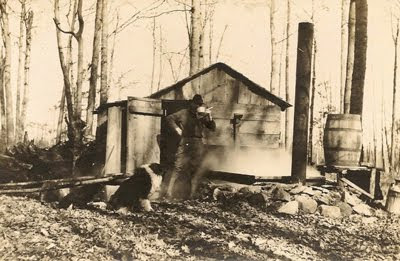 From here the photos are mine...locally photographed: 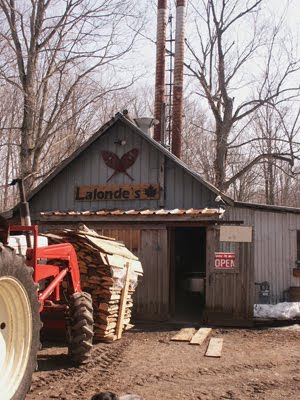 Altho the sugar shack is still in existence, it's now located near the owner's house and the collection method has definitely become less labor intense. 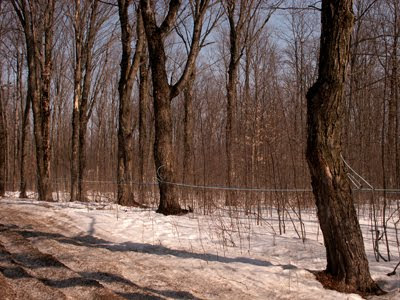 Collection is made using tubing systems, and the sap is pumped directly from tree to tree to the evaporator house. 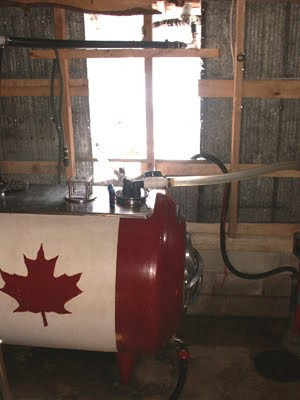 This method of collection yields more sap, reduces the manpower required and allows for more trees to be tapped. 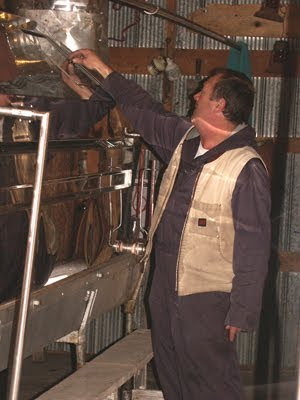 The art of sugaring is centered on the evaporator. Sap deteriorates and must be boiled the same day it is gathered, so a hot and steady fire is kept going at all times. The "boiling down" process is slow and evaporation that's too slow or too fast will affect the color, flavor and texture of the syrup. Most of the 66% of the sap is water that needs to evaporate to produce concentrated maple syrup. 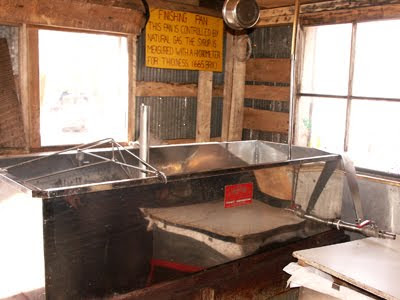 Maple syrup must be filtered to remove the impurities that could affect its appearance and flavor. The syrup is then bottled while still very hot. The heat sterilizes the containers and prevents the formation of mold.

Maple syrup is boiled even further to produce maple candy. It takes one gallon of syrup to produce eight pounds of candy. Tradionally the way to make maple candy is to pour the hot syrup directly onto the snow.

But of course, like the necessity of using snowshoes, making maple candy this way is hardly ever done anymore. 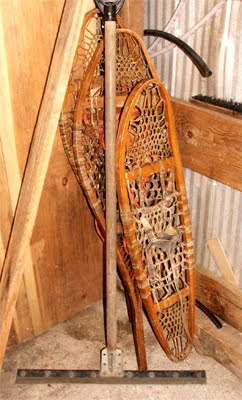 Canada makes more than 80% of the world's maple syrup; most it coming from the province of Quebec. In honor of the maple, since 1964, our flag carries it's image: 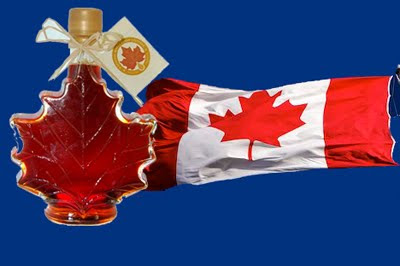