I felt guilty this morning because while most of you are busy making minis for Valentines' Day, I've been lallygagging trying to catch up on blog reading and photo editing. So right after lunch I decided to make some strawberries dipped in chocolate as well as those grapes that I promised last month.
Fortunately or unfortunately....depending how you see it, I needed to get something from the spare bedroom first.....where I discovered a steady water drip coming from the same spot on the ceiling as the leak we had before having that expensive metal roof installed!! This time however the water managed to lift up most of the parquet so we'll need to install a new floor as well as patching plaster. The only good thing is our roofer who unlike a lot of contractors, actually finishes his work, doesn't ask for money in advance and stands behind anything he works on.
I only had time to mix my fimo colors for the grapes before John arrived; so hopefully I'll have a grape making post tomorrow. Long story short, it seems that a fireplace pipe caused an ice dam that backed up nearly to the top of the roof valley and water finally found its way inside. We're not sure if the offending pipe that runs thru the attic & out the roof isn't a single layer pipe...that's not legal! So much for living in an old house that's been renovated by non-professionals....a bit of knowledge is a dangerous thing.
It could have been worse. All this could have happened while we were away.

Look at those roofs! No snow. No ice dams... 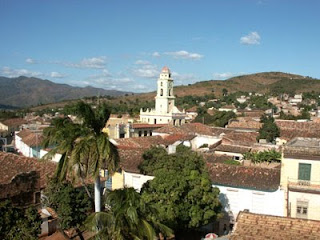 and that pockmarked stone... 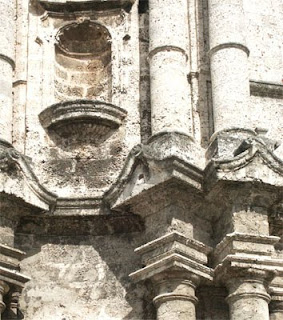 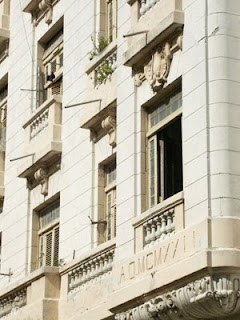 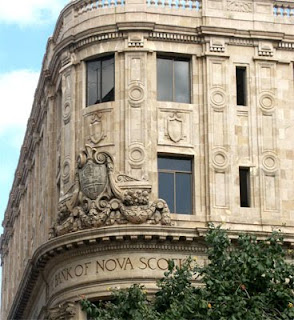 and who'd have thought that I'd find a Canadian bank building way down there. All I can say is: wish I were back there! 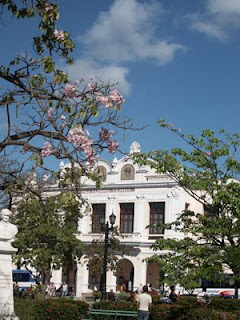