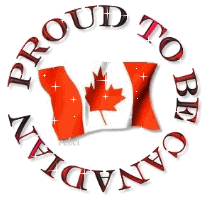 Piikko has set me a challenge so.... lets see what the Wiki encyclopedia says:

Canada has more than one hundred times as many lakes as Finland. In fact, Canada has the most river, lakes, and fresh water,as well as a longer coastline and more lakes, than the whole world combined. There are roughly 3 000 000 lakes. Finland has 187 888 lakes.

But that isn't quite fair is it, since Canada is also almost 30 times larger than Finland. I noticed that I now have more than 200 followers, so lets make this challenge interesting.

Can you answer these questions correctly:
1. Canada is home to the world's largest island in a freshwater lake. This island itself has 108 freshwater lakes. In what body of water is it and what's the name of the island?

2. Canada has one-tenth of the world's forests but a population of only 3.4 people per square kilometer. About 5.5 million people live in Canada's largest city. In what province is it?

3. The longest street in the world is 1896 km long; it starts at Lake Ontario and ends at the Minnesota's border. Name the town it starts in.

4. Canada has the fifth largest island on earth, more than double the size of the UK but slightly smaller than France. Name it.

5. Canada is so large it covers 6 time zones. When it's noon in Victoria, B.C. what time is it in St John's?

6. Since Santa Claus lives at the north pole and the northernmost settlement in Canada (and in the world) is Canadian Forces Station Alert on the northern tip of Ellesmere Island, what country is Santa a citizen of?

Bonus question:
If you went into a Timmies, wearing a toque, would you be able to get poutine or a double-double?

Email me with the correct answers by June 26th...don't give it away on the comment form. Choose your prize:
a beach bucket & a sandcastle
a bucket full of clams & a seagull
or
a fishing rod & a freshly caught trout
I'll give away one of each...
Posted by Karin F. at 10:04 PM